7 MUST-SEE PALACES AND CASTLES IN BAVARIA

After breakfast, we will visit the Munich Residence, which served as the seat of government and residence of the Bavarian dukes, electors and kings from 1508 to 1918. With its 10 courses and 130 rooms distributed in three main buildings, it is a real architectural jewel in the historic centre.  Rococo, Baroque and Renaissance styles merge in this landmark of the Munich culture.
In the afternoon we will continue the visit with the favourite summer residence of the rulers of Bavaria, the Nymphenburg Palace, surrounded by pleasant gardens designed around an imposing large basin.
In the rooms of the main building we will admire the products of the royal porcelain factory and the Gallery of Beauties, a collection of 36 portraits of the most beautiful women from the nobility and middle classes of Munich nineteenth-century society.
Return to the hotel, dinner and overnight stay.

After breakfast, we will meet our local guide and head towards Ettal, where we will visit the famous Ettal Abbey, situated a few km from Linderhof Palace.  This Benedictine monastery was founded by Emperor Louis IV the Bavarian in 1330, yet it was only in 1700 that it became very important, also because of the development of the Baroque in Bavaria and throughout southern Germany.
After lunch, we will continue with the visit to Linderhof Palace, where King Louis II had his seat and lived for 8 years. This palace was a former hunting lodge of his father King Maximilian II, but King Louis II transformed it into his royal refuge: it was less pompous than others royal residences, but nevertheless an imitation of Versailles.

After breakfast,  we will depart for a full-day guided excursion of the two most famous castles of Louis II, “the Fairy Tale King””, who had his romantic visionary castles built in the magical landscape of southern Bavaria, a few steps before the imposing  backdrop of Bavarian Alps.
We visit the rooms of Neuschwanstein castle, where King Louis II brought to life the exploits of Parsifal, Tannhäuser and other Wagnerian heroes, exalted by their immortal melodies.
Lunch in a restaurant and afternoon visit of Hohenschwangau Castle, an emblematic building of German Romanticism and a symbol of the friendship between the King and Wagner.
Return to Munich, dinner and overnight stay in the hotel.

DAY 5: OBERAMMERGAU  AND DEPARTURE
After breakfast, we will head home. Along the way, we will stop for a visit in Oberammergau, a village famous  for the Passion Play, held every 10 years (next one in 2022), and for the large number of frescoes on the facades of houses.

Ask for a free quote

Ask for a free quote on: 7 MUST-SEE PALACES AND CASTLES IN BAVARIA 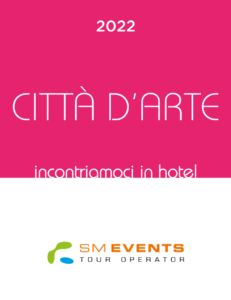 Enter your name and your e-mail address. You will be contacted soon by our staff with the detailed program.